Our amazing little girl has turned four. Adelheyd, fondly referred to as Lady Lu or Lulu, is one of those kids that people describe as “really being quite something” or “she is just ridiculous!”   She has been full of spirit since the day she was born and continues to make us smile, laugh out loud and often shake our heads in disbelief of her crazy antics, intelligence beyond her years, and strong will. We love her raspy voice, silly dancing, and big hugs. This little lady has a BIG personality and we LOVE IT!

When Adelheyd decides what she wants it is not simple. She explains in full detail what she envisions, leaving nothing out. When asked what she wanted to do for her birthday she replied ” I want a dress up costume party, but I want the costumes to be nice. We should invite girls because they like nice costumes, not boys because they like scary costumes and I don’t want scary costumes. Odin can come but he will want to be scary. That is o.k.” So we invited 3 little girls who we camp with and helped them dress up in nice costumes. Next Adelheyd insisted that we invite Kyeush and his mom. That would be our friend Jill and her dog Kyeush. They also came. The next detail was cake or cupcake choice. Adelheyd replied “I want chocolate cupcakes because I DO NOT like vanilla. I want white icing with golden balls and duckies on them” We found out she really meant silver balls and we found some animal decorations at the store, so that wish was also granted. Next on the list was that she wanted to “paint rocks like Ladybug Girl does with the Bug Squad in the book” (Ladybug Girl is one of her favorite books). No problem…rock painting added to the birthday wish list. 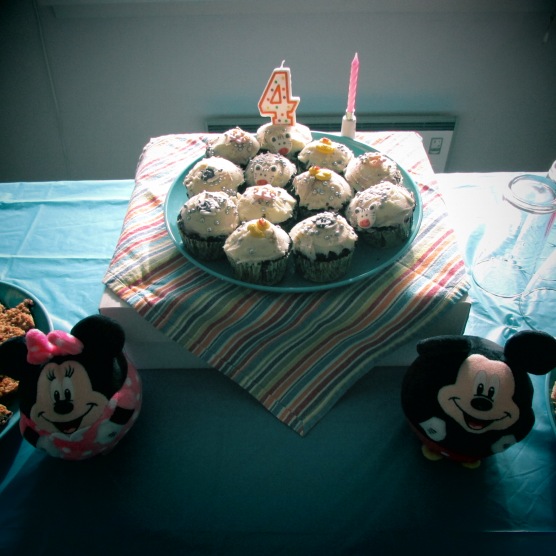 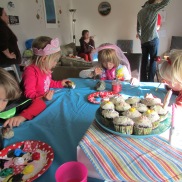 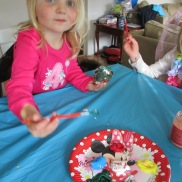 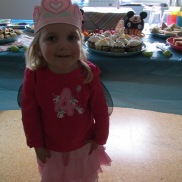 The final birthday question for Adelheyd was “what do you want for your birthday?” Most 4-year old girls are easy to shop for…not this one. She will tell you if you get her something she does not like and will ask you to bring it back to the store. This year she asked if she could just take her money from her piggy bank and go buy herself a present “like mom did on her birthday when she bought herself a new jacket”. Adelheyd did not have too much money in her piggy bank, so I told her I would take her to the store. We walked though endless toy stores. At the end of the day, she decided she wanted a Donald Duck stuffed animal more than anything because “I like stuffed animals more than toys. I like toys alright, but I really like stuffed animals.” So Donald Duck came home with us. The other toys she liked were bubbles, a rainbow slinky and a Mater Remote Control Car (Mater is the junky tow truck from the Cars movie). No princesses for this one, though she did not pass up the opportunity to wear a pink crown and pink tutu as part of her costume:) And we did surprise her with her the three other toys because I could not pass up the opportunity to watch her eyes light up with surprises on her birthday.  Of course she as also fully spoiled with presents from our family is the US so there were a lot of ‘eyes lighting up’ moments for this girl on her birthday. It was perfect. 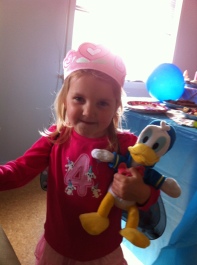 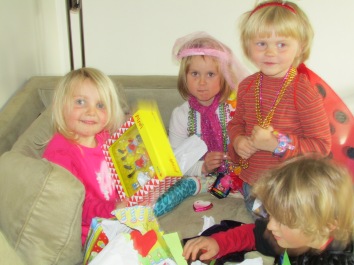 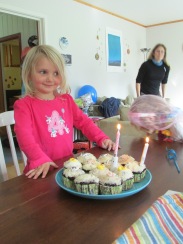 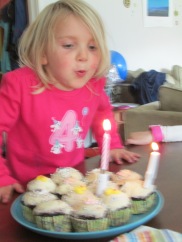 Posted by montanabrowns on September 16, 2013 in Uncategorized.