We returned from a whirlwind 4 day London adventure yesterday. The kids are becoming quite the good little travelers as we adventure through airports, public transportation, hotels, restaurants and walking miles and miles to check out the local tourist attractions. It is quite amazing how far those little legs can carry them. Joel had meetings at the British Antarctic Survey Offices in Cambridge for the week, so the kids and I took advantage of a direct flight (one of the few destinations) from Tromsø. We left a few days after he did and met Oma in London while Joel finished his work week. We joined her late on Wednesday night at a fantastic hotel in the center of London with views of Westminster Abbey and Big Ben, the London Eye and St. Paul’s Cathedral out our 13th floor window. It was quite a magical view! 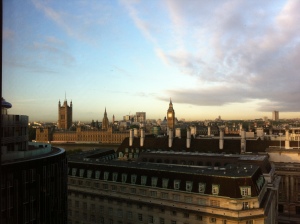 With Oma, we spent two wonderful days exploring the city on double decker buses and afoot. We started with a morning trip on the London Eye, fondly referred to as the giant Ferris Wheel by the kids. It was a beautiful view of the city on a clear blue sky day! 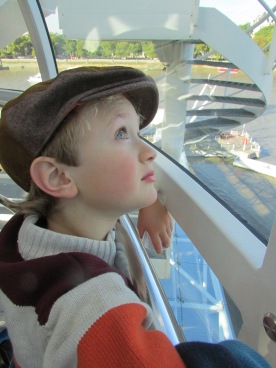 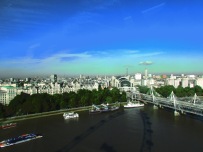 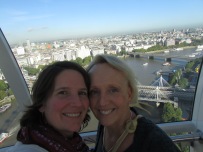 Next stop was a walk to Trafalgar Square and a tour through the city atop a double decker bus. Of course we also stopped for several wonderful meals, coffees and ice cream breaks along the way.  We finished the first day with a stop at Hamley’s, the famous 7 story toy store on Regent Street. The kids were overwhelmed with the sheer number of toys…and so were Oma and I. We managed to survive with one new toy apiece.  Odin picked out a Harry Potter wand and Adelheyd made her own teddy bear. Happy kids:) Oma succeeded in royally spoiling us all.

Our second day began with a trip to the Aquarium where Adelheyd was in search of Nemo. We did find the little orange fish…and several of his friends…sharks, penguins, turtles, and octopus to name a few. 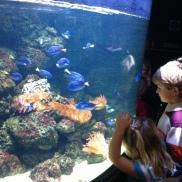 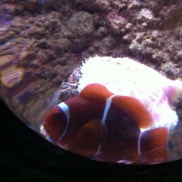 From the aquarium we boarded a boat to take a trip down the River Thames with a stop outside the London Tower and the Tower Bridge for some sweet treats. The kids also found some perfect ‘English’ costumes and were quickly transformed into a knight and princess. 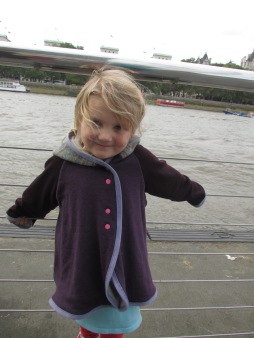 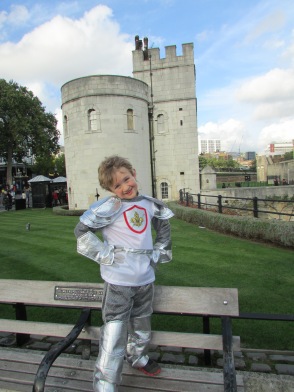 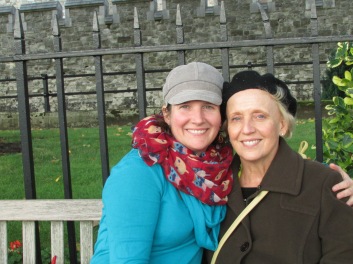 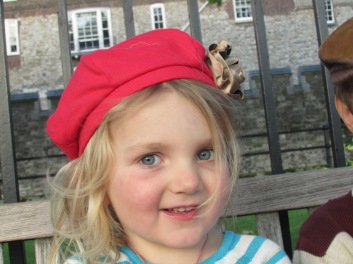 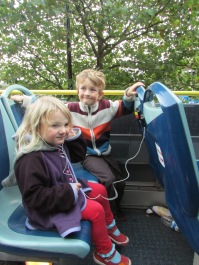 The following morning, I was able to sneak away for a relaxing run along the Thames, before the crowds hit the boardwalk. It was a very peaceful view of the normally bustling city. 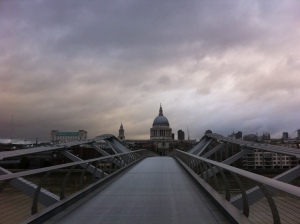 Joel joined us after finishing his work week, taking a train down from Cambridge later in the morning. We made our way on a nice long walk past Westminster Abbey, through James Park and on to Buckingham Palace. We shared an English lunch of fish and chips with a beer at a local little pub, true English style food was delicious.  We then fought our way through the massive crowds at the Natural History Museum to see the dinosaurs. It was truly amazing how many people were there waiting in line after line to get into the museum, but we made it and successfully saw a lot of cool dinosaur bones. With all of us tired and hungry we took a cabbie back towards the hotel and had a nice dinner out. Joel and I snuck away (after this kids collapsed in bed) for an evening walk along the Thames, complete with a few beverages and some rare alone time. Thank you Oma:) 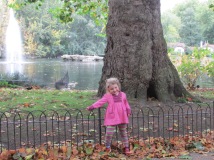 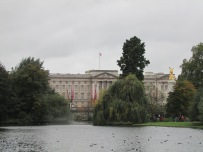 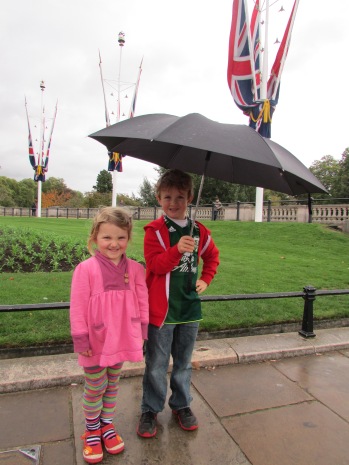 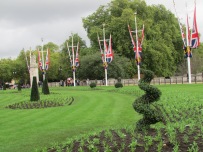 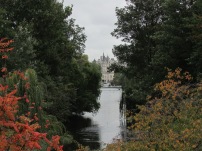 Oma had to leave early the next morning. We were sad to see her go and felt so fortunate to have shared our London vacation with her. We had one day left in London and used it to take a nice relaxing walk, then a boat when our feet got tired, to the Tower of London. For anyone travelling with two small kids to London, the Tower of London is a must stop. For Odin there were knights in armor, real battle weapons, catapults, and stories of medieval warfare. For Adelheyd, there were crowns of jewels including the Royal Crown Jewels. She decided that she liked the King’s crown best because she did not like the fur on Queen Elizabeth’s Crown:) The girl knows what she likes! When asked what they wanted to see most, they both decided that they wanted to head to the Bloody Tower, home of some strange torture devices. Adelheyd had heard the gruesome stories about the history of the Tower of London the day before and explained to her dad that “there were dead people there and you should not go in the Tower because you can’t even breathe!!!” As we walked down the winding staircase, she peeked around the corner saw that all the people were not dead, let out a deep breathe and turned to us and sais “Whew….you CAN breathe in there!”. Love that kid! It is quite a magical experience to see two young kids at prime age for loving queens/princesses and knights and battles experience ‘living’ history. 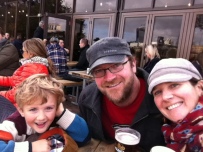 Having explored another part of the world and successfully getting  a good taste of London culture and cuisine, we boarded our plane amidst a great hurricane force storm and returned to Norway. We are now home settling back into our Tromsø routine dreaming of Kings and Queens, Knights and swords, English ales, and the joys of travel adventures.

Posted by montanabrowns on October 30, 2013 in Uncategorized.